I want to share my thoughts about dads and babysitting, but first, some background, so you know where I’m coming from.

I am an elementary teacher, so I work a semi-regular day shift of about 7 to 4, give or take. My wife is a part-time professor at the local community college. She typically teaches evening classes. Occasionally, she’ll pick up a day class over the summer, when I’m on summer break.
Two main factors played into setting up our schedules this way. First, we really both needed to work in order for us to have the lifestyle we wanted. We could have gone on one salary, but with 3 kids, things would have been tight. Second, we didn’t want to put the kids in daycare. I’m not knocking daycare, I know a lot of families that have used it and it works for them, it’s just not what we wanted.
This set up means that we both take turns being home alone with the kids while the other is at work. Here’s what bugs me about the whole thing: When my wife is home alone with the kids, people comment how nice it is that she can stay home to take care of them, but when I’m home alone, people say, “Oh, are you babysitting tonight?” At first I thought people said this because it was an evening thing, but even when my wife had a day class in the summer, people would still ask if I was babysitting for the day.
I know some of you out there have probably had a similar experience of being called the babysitter. Like me, you probably tried to just laugh it off or even agreed, because it was easier. The problem is the implication that comes with being called the babysitter. The babysitter is not the parent. Therefore, it stands to reason that when someone calls you the babysitter and you agree, you are saying you’re not really living up to being the parent. Basically, you’re agreeing that only Mom can parent, and you are just the other adult living in the house. I take my job of being the parent very seriously, so when someone calls me the babysitter, it’s kind of demoralizing.

Let’s get one thing clear; if they’re your kids, you are not babysitting, you’re raising them. Period. That’s all that really should ever be said about it, but some people seem to think they’re one and the same. So let’s point out some of the glaring differences:

Babysitting- Something people do for money (or free if it’s a favor for someone, but that’s usually just family members being nice)
Being a Dad- Always done for free (actually, you’re losing money on the deal, but that’s a separate post).

Babysitting- You get to leave at the end of your stint and go home. (Typically a few hours)
Being a Dad- You’re on the job 24/7. Even when you’re at your paying job, you’re still on call.

Babysitting- You get to leave Cheerios in the couch cushion, because it’s not your house.
Being a Dad- You can leave those Cheerios in the couch once, maybe twice, but it will catch up with you, and when your wife finds out, cleaning the couch will become part of your weekly chores. You will eventually come to hate Cheerios and ban them from the house along with Gold Fish and Fruit Snacks.

Babysitting- you get to break rules, because you’re only there one night. “You guys want to watch more TV? Another cookie? Stay up an extra hour? Sure! Why not? I don’t have to deal with the aftermath, I’m the babysitter.”
Being a Dad- Dads don’t get to go anywhere different to sleep afterwards, so the aftermath is all on you. You get to deal with that sugar crash. Those kids will be up in the middle of the night and that means no sleep for you, either. Dads can’t let the kids break the rules, because we know how that story ends when Mom finds out, and it isn’t pretty. It will probably involve you ending up on the Cheerio couch.

The word “Dad” is not synonymous with “Babysitter.” They are different!

Lately, I’ve been knocking down those babysitting cracks, and I have to say that I feel better. When someone asks if I’m babysitting, I’ll usually say something like, “Nope, just parenting solo tonight.” or, “No, I’ve just got my own kids today.” or my favorite, “I wish. I could use the extra money.” These comments have been subtle enough that most people get the hint. I highly recommend using them. For those that are a little bit more thick headed, I have had to be more blunt. So far, I have not used a 2×4 to get the point across, but there are a few people who simply needed to hear, “I’m the Dad, not the babysitter.”
So go ahead, I encourage you to step up and tell people that you are a Dad. Sure, we do things differently than the moms and we make our share of mistakes, but we’re certainly not babysitters. We are parents, and it’s time people treated us as such.

Do you have a thought about being called the babysitter? I’d love to hear from you.

20 thoughts on “Don’t Call Me The Babysitter” 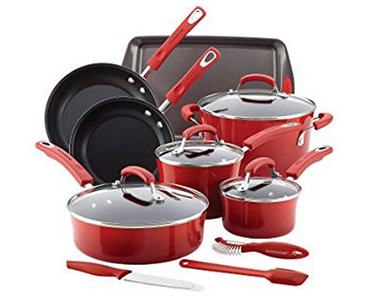 We used our @groupon for Great Wolf Lodge today. $

After a day stuck inside, we needed to burn some e